A Facet of Unchecked White Power 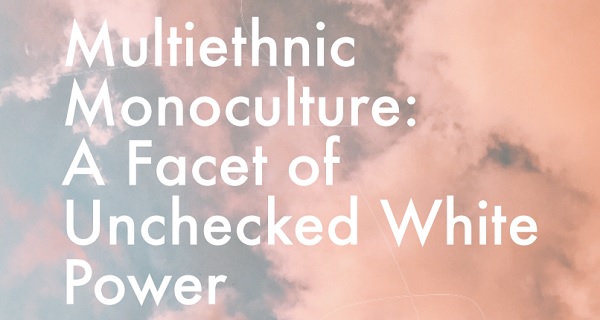 There’s a troubling pattern I’ve observed for years in white-led American churches that earnestly want to contribute to the ongoing conversation of racial healing in the church. It is a quick fix to an age-old problem, a superficial bandage on a moldy wound. When well-intentioned white pastors leap to cultivate a multiethnic community without, as it were, taking a good dose of peroxide to the aforementioned gaping wound of racism in the US past and present, it leads to repackaging white superiority—instead of truly cleansing it from our congregations. For the sake of clarity, I define whiteness as a social construct that assumes white people at the center of societal norms, as the arbiters of moral standards, and the “normal” against whom all others are measured. Some of the features of whiteness are fast-paced decision making, controlling the narrative or the strategies, and taking up the dominant voice, whether in conversations, in leadership, or in liturgy.

“We are aiming for a multiethnic monoculture.”

A phrase that sounds innovative, hip, and maybe even desirable at first glance. Multiethnic: a nod to the eschatological vision of all nations and tribes and tongues worshiping God for eternity, as one. Monoculture: a consistent set of values, creeds, aesthetic, approach, pedagogy, and even orthodoxy.

These church communities may boast ethnic “diversity,” but it is eerie how uniform the culture is. It makes me wonder if congregants of every ethnic background, gender or sexual identity, age and ability are able to fully show up in the shape of their lives and in the specific strengths and personalities God has given them.

Picture this: bistro lights, ripped jeans, single-origin coffee, a witty neon sign in the sanctuary. I’ve traveled a bit around the states to know that this has become the white-led or white-influenced millennial aesthetic. Is there anything wrong with that? Yes, when this shared “vibe” eclipses the beautiful particularities of the church that has gathered; when it becomes a veneer to cover over unhealthy power dynamics; when it ignores unrepented racial sin and promotes a culture so hyper-specific that it excludes those who do not emulate its standard of “excellence.” With thousand-dollar sound-mixing gear, slickly branded social media, and a heavily produced worship gathering, I have personally experienced how hard it is to take risks, be clumsy, or merely enjoy showing up, without the constant awareness of whether I was measuring up to that leadership bar or not.

When white people are leading at the helm of these congregations, without having eschewed power to peer leaders of color, we can expect to experience a repackaged version of white supremacy or white superiority. It is like expecting an active user to lead a Narcotics Anonymous meeting. It’s not to say that that leader is somehow beyond hope or ill fi t for leadership ever; it is to say that if they have not spent significant time and space deconstructing whiteness in their own life and leadership, they will simply lead drunk on power. They may unconsciously be the first, the middle, and the last to take up time on the microphone; they might welcome differing opinions in word, but the ever-increasing chasm between the average congregant and this intensity of white (typically male) leadership means they may never hear a dissenting word, allowing them to live in the illusion that their church is perfectly healthy; or, they might make the national news cycle when a decades-long pattern of abusing their power finally gets called out (see the #ChurchToo movement).

Now is not always the appropriate time for white people to lead. But as white people, we are not used to stepping down from leadership positions willfully, taking sabbaticals to lament, or trusting that the church can and will flourish without our leadership.

When God began opening my eyes to this corporate sin, I immediately began to look down on other white leaders who were not engaging white supremacy in the ways that I was. Lord, have mercy. I positioned myself as the new normal and measured their progress, or lack thereof, against me. Sound familiar? Ah, yes! Again, white superiority repackaged in another form: white progressivism. I couldn’t outrun this lust for power. It is so embedded in the air I breathe as a white woman. God’s loving conviction changed my heart from calling for change to admitting my daily complicity in the slime of racism. It meant that I was not allowed to run away from the white evangelical church and criticize them from the sidelines. Like Jonah’s invitation to love Nineveh, I had to return to them. I had to commit to loving my enemies, even when my enemies sadly look like my brothers and sisters in Christ.

So every single one of you who judge others is without any excuse. You condemn yourself when you judge another person because the one who is judging is doing the same things. We know that God’s judgment agrees with the truth, and his judgment is against those who do these kinds of things. If you judge those who do these kinds of things while you do the same things yourself, think about this: Do you believe that you will escape God’s judgment? Or do you have contempt for the riches of God’s generosity, tolerance, and patience? Don’t you realize that God’s kindness is supposed to lead you to change your heart and life?

I am learning that part of God’s medicine for the stubborn, historical illness of white racism in this country and within God’s Church is:

If you find yourself as a person of color on the other end of this painful dynamic, I am sorry. I want you to know that God is waking up white people in the church to their whiteness, and calling us to lean into our communities and work towards change. I want you to know that it is good to set loving limits with the white leadership in your life. The burden is not on you to bring up their every offense, to stick around for years of emotionally abusive gaslighting, to “be the bridge” that is trampled on when your white peers are not similarly bearing any cost. Call on your white allies to press into these conversations when you’re too triggered, too tired, too fed up with the unrepentant apologies that come your way.

Erin Corry is a minister, birth doula, and passionate advocate of anti-racism work in the church. She resides in Providence, RI with her husband, Chris, and their two sons, Parker and Cedar. You can read more of her thoughts and follow along her journeys in birth work at www.ezerbirthcollective.com.